Hello friends! Happy Tuesday! Minus a slight ant invasion in my kitchen this morning (I’ll gripe more on that later), I’d say that things are on the up and up today. Especially since I have one of these gorgeous weight watchers trail mix brownie bars sitting in front of my face. 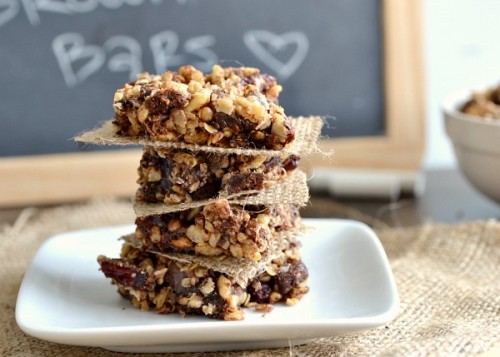 A few weeks ago, I was contacted by the fabulous people at Weight Watchers Sweet Baked Goods with a proposition; to whip up my own version of a recipe they had created using some of Weight Watchers brownies. Not only this, they also sent me the most amazing swag bag, filled with fabulous kitchen gadgets and fun food props! Aren’t they just the coolest? Included were also about 8 boxes of the delicious Weight Watchers brownies.Only 2 boxes remained as of this morning, one of which is hiding in these trail mix bars! 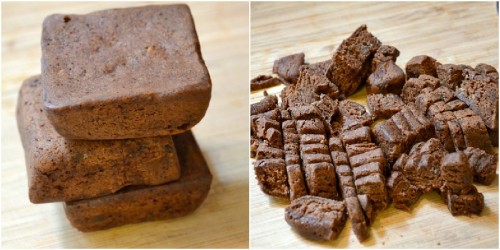 I’m in love with these brownie bars for two primary reasons. 1. Sweet and salty wins the race. EVERY TIME. It’s such an addictive, insanely delicious combination. 2. Each mouth-watering, irresistible bar has JUST 4 WEIGHT WATCHERS POINTS. Not bad for a delectable dessert. 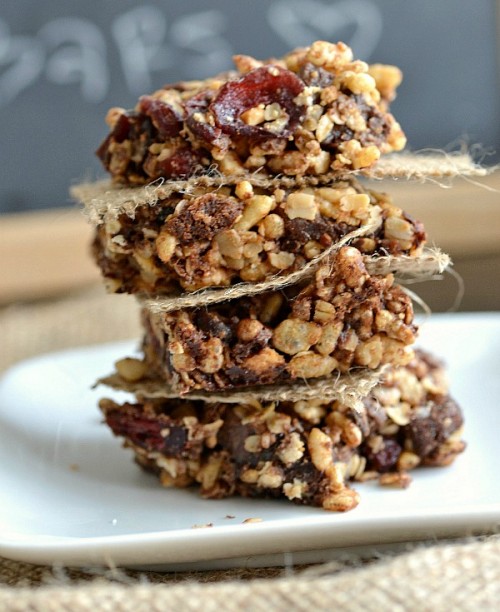 Other reasons why I love this recipe include the awesome fudgey, crunchy texture and the amazing flavors coming from all the different ingredients. Only good things can come of mixing peanut butter, rice cereal, cranberries AND chocolate together, am I right? 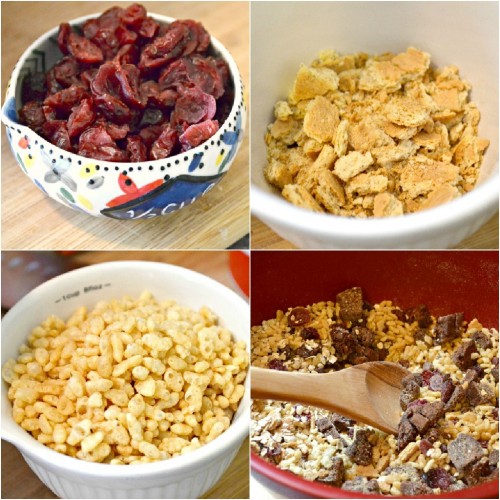 Plus, because they are filled with healty breakfast things, like cranberries and oats, you can pass them off for breakfast. 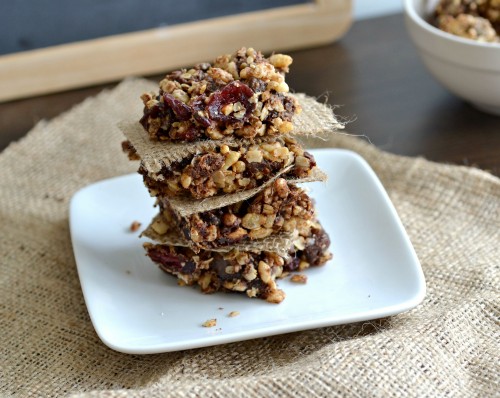 Just tell your friends, coworkers and the like they are “breakfast rice krispie squares.” Coming from someone who just ate 2, er, 3 of them with her coffee, that’s a very legit statement. Thank you AGAIN to the amazing folks at Weight Watchers Sweet Baked Goods and Crossroads PR. I just love you. 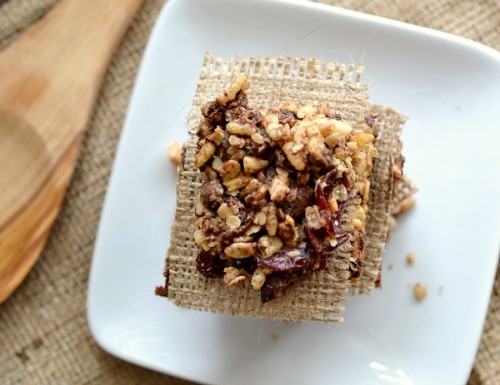