These cinnamon sugar baked donut bites are so easy, you’ll want to make them all week long! 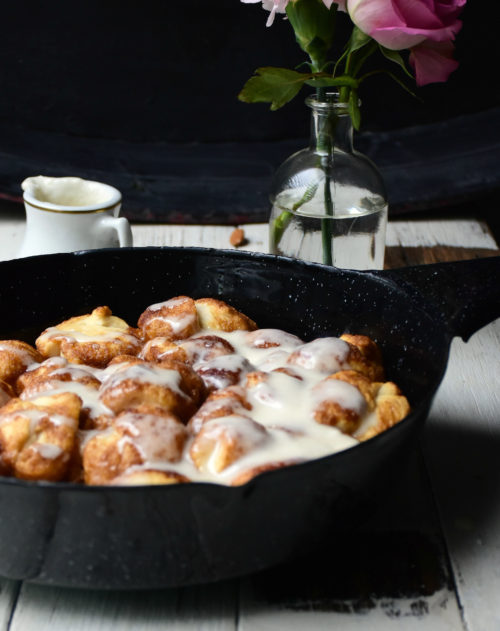 We’re keeping with the easy theme this week, and I’m pretty sure y’all aren’t mad about that, are you? With back to school in full swing, the seasons changing and the stress, I mean excitement, of upcoming holidays, easy is something we all need a little bit more of.

Especially when it comes to donuts, which is one of the hardest things I’ve had to give up on my quest for fitness. Can I live without meat? Yes. Dairy? Probably. Donuts? UGHH.

The thing is, I rarely indulge in a flakey, cakey, sprinkle topped donut, but when I do, it’s like armageddon. I black out and before I come to, all of the donuts in sight are devoured and I’m in a sugar and fat induced coma that’s nearly impossible to shake. Maybe it’s because as a kid, I’d enjoy donuts anytime I went home to see my grandparents and have such fond memories of them. 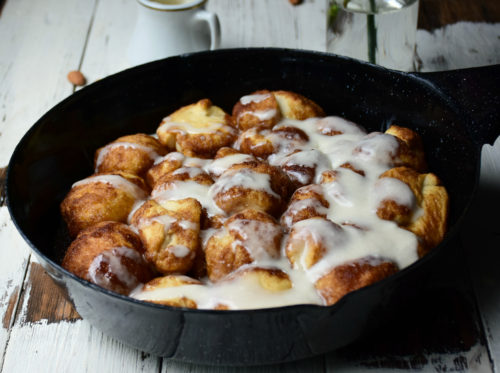 Or maybe it’s just the simple fact that they’re sweet little balls of dough that are deep-fried, dredged in glaze or chocolate and often filled with an insatiable variety of creams, jellies or custards. I’ve never met a donut I didn’t like, and considering how many people I meet that I loathe, that’s saying something. I kid. Mostly. Even though I adore these baked banana nut donuts and could consume 62 of these bite-size whole wheat strawberry ones, these decadent little morsels might be my favorite yet. I feel a bit like a hack, though, because they’re not homemade at all, actually. 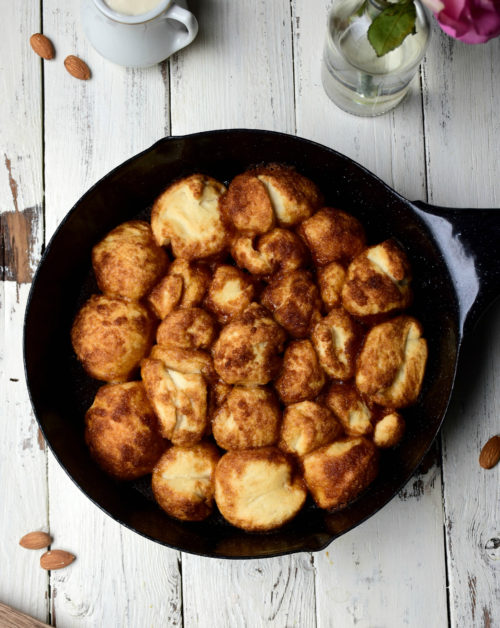 They’re made with biscuit dough! Doing my best Sandra Lee impersonation, I really just made these out of boredom one day. I had two rolls of biscuit dough in the fridge, enough cinnamon to coat a baby (thanks to a recent trip to India) and heaps of milk (thanks to a farmers market impulse buy). Normal people would probably bake the biscuits for dinner, but I decided to turn them into little donuts and then slather then in a cream cheese cinnamon roll icing glaze.

You could omit the glaze, but why would you? Only truly terrible people would do that, and none of you lovely folks fit that category. So just don’t, okay? 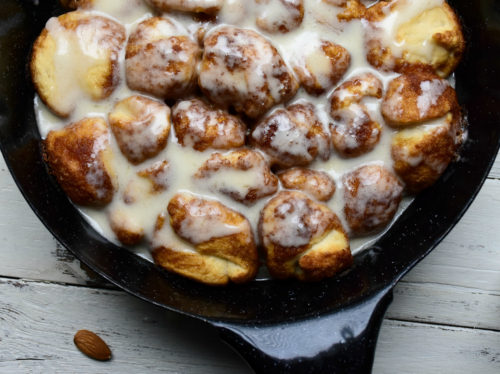 Nutritional information per serving (about 2 bites):