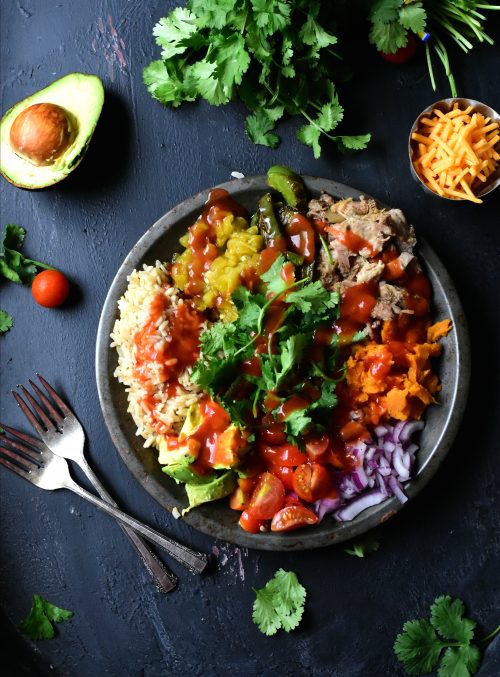 *NOTE: This recipe was made and tested before I became a vegetarian. Although I don’t eat meat anymore, I plan on sharing a few more meat-centric dishes that were made during that timeframe. Please see options in the recipe if you want to make these vegetarian! 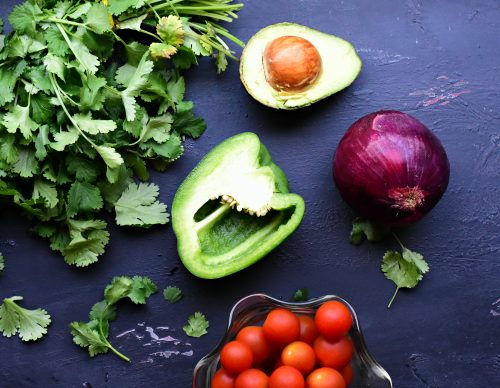 Since taking almost a full year off food blogging, I’ve acquired *a few* recipes in my arsenal that I just never shared. Even though I wasn’t updating this little piece of the internet, I was still cooking, recipe testing and, well, eating of course. Travel, life changes, a move and a focus on my career just made it hard to share them as soon as I made them. But, lucky for you, I’ve got all of these mouthwatering recipes written up and re-tested so I can bring them to your faces IMMEDIATELY. 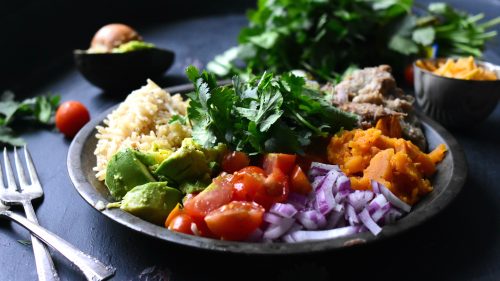 Like these deconstructed pulled pork plates. I originally got the idea for these after noshing on amazing pulled pork tacos from a joint in Charleston. Weighing a solid 35 pounds more than I do now, I was really trying to lose weight and be more conscience of what I was putting in my body. Which for me at the time meant low-carb. Now that I’m doing HIIT workouts 6 times a week, carbs have become my best friend. But for a girl who didn’t move and could barely run a mile a year ago, carbs were the devil’s work. Which is where these plates came to fruition. 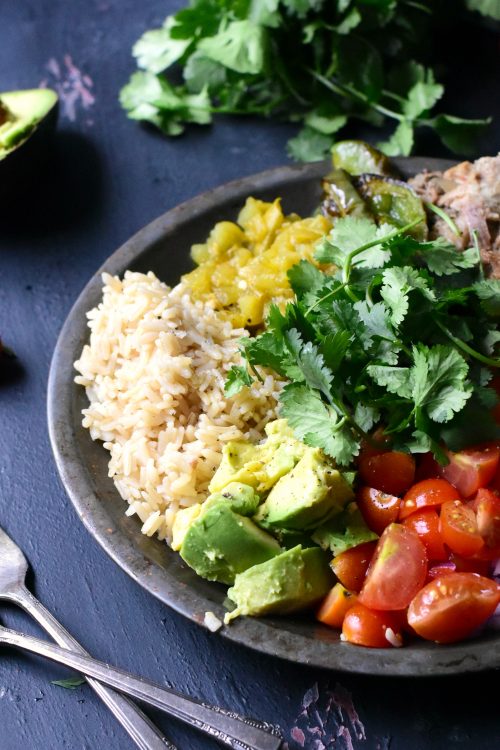 I actually remade these last week and my family ate them EXACTLY as pictured – no tortillas or crispy taco shells in sight. Just meat and veggies with a bit of rice. My little brother, who is basically a body builder in training, demolished 3 plates of these in a sitting. And I can’t blame him! They’re loaded with protein and naturally low in carbs, things he absolutely needs for his 360 pound squat workouts. 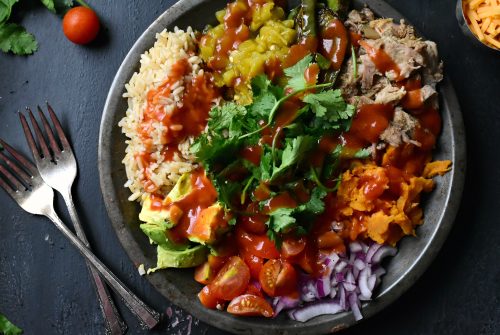 Not only are they healthy (and good for you), they’re pretty darn beautiful, don’t you think? Even though I’m a strict vegetarian, I can still appreciate the beauty a nicely cooked collection of meat can bring to a plate. The pork was cooked so simply – in a crock pot with just a few select spices. You cook on low for 8 hours and then the meat just falls apart when you shred it with two forks. Plus, the recipe makes HEAPS – so you can easily stash some away for later and stuff into a sandwich or mix with pasta. 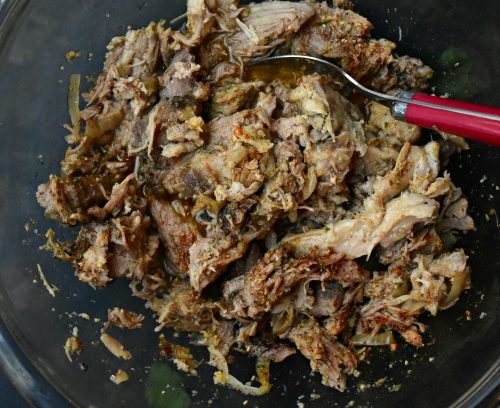 To round out the meal, I’d suggest pairing it with some homemade cilantro brown rice. Or just eat three plates of it like my little brother did and immediately go squat 6,000 pounds. I mean, whatever floats your boat.

***To make these vegetarian, sub the pork for crispy baked tofu! 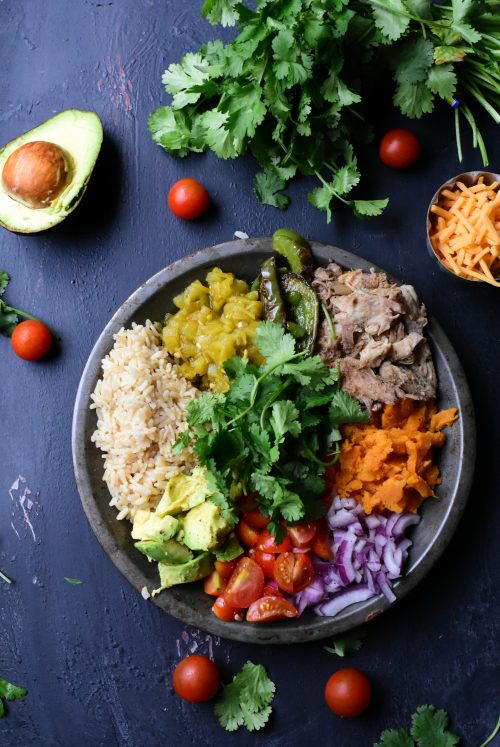 For the blistered peppers: