A spicy life is a more exciting life, am I right? Who wants to lead a bland, salt and pepper existence when your life could be doused in chili, tabasco, habernos and red pepper? Why would you want just regular alfredo when you could have a spicy cilantro alfredo pasta instead? 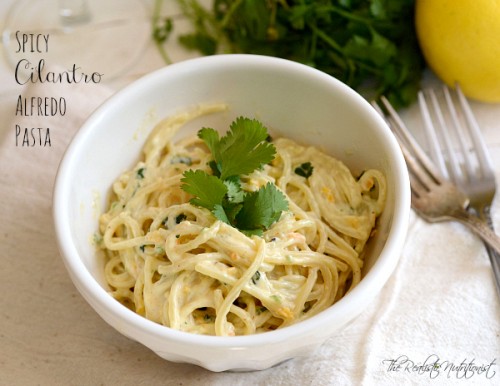 I think it’s because I was recently in Mexico, eating every jalapeno, shrimp, bundle of cilantro and haberno I could get my grubby little hands on, that I’ve recently been craving spice. In almost every single dish I’ve made, there’s been spice. It’s almost to the point I can’t eat something unless it slightly burns my tongue. Yes, I’m 100% aware of how creepy that sounds. 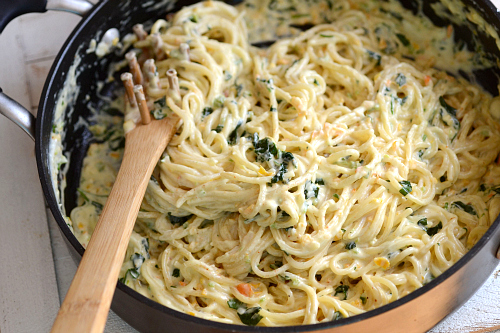 I can’t help it though, I crave all things spice! And not even just in my cooking or eating, but in my real life too. All of my clothes are vibrant, speckled with bright colors and shapes. I’m taking bigger risks and chances. I’m going on trips I would have NEVER considered a few months ago. I’m wearing crazier make-up and dying my hair funky shades of red. I’m the human version of this spicy cilantro alfredo pasta, really. I was once a boring plate of noodles and now I’m spicy, sassy and I’ll probably burn your tongue. 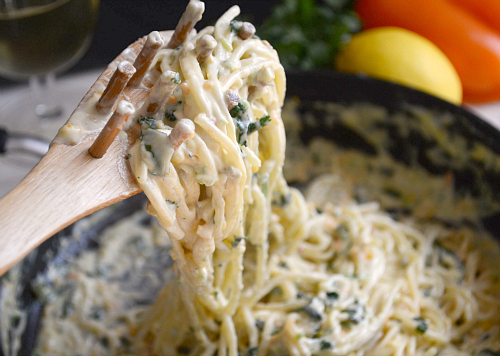 I’ll let that marinade in your head for a second. I know a lot of people who don’t like cilantro. And to that I just have to shutter but pretend like I accept your decision. Hands down, this is my favorite fresh herb. In the entire world. 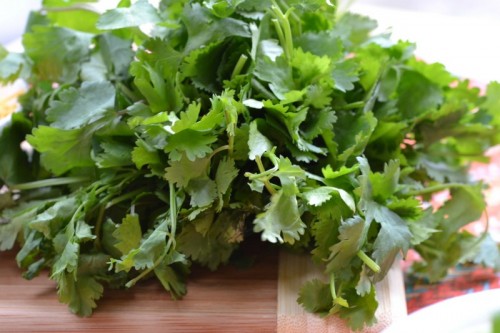 It’s what for dinner. And it’s what really balances the spiciness of the haberno, jalapeno and chili powder in this alfredo. It also gives the sauce such an added depth of flavor. You could omit it if you absolutely CAN’T stand cilantro, but I can’t make any promises that it’ll be as good. I’m just being honest. Even though this dish is a little heavier than my normal pasta dishes, one heaping serving only has 10 WW points, which is 4 less than Weight Watchers own recipe! 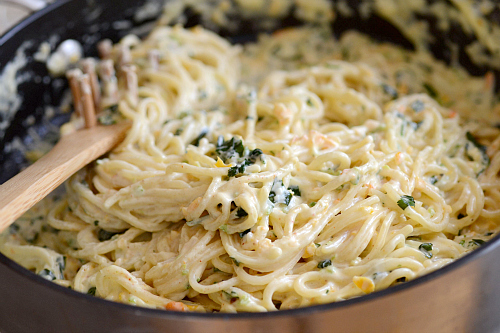 If your life is a little blah, a little drab, a little boring, add this spicy cilantro alfredo pasta to your menu. THIS WEEK. Before you know it you’ll be dying your hair purple, wearing neon green pants and jumping out of airplanes. 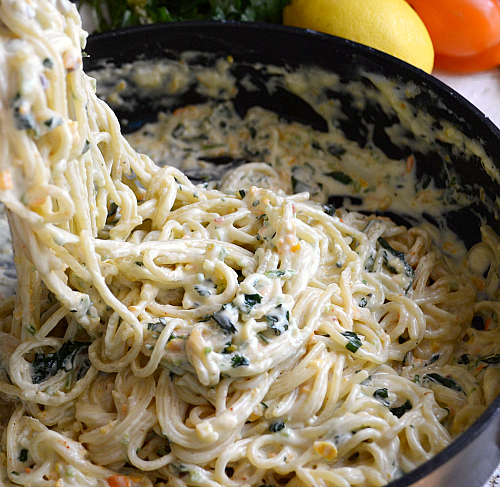 Nutritional information per serving (about 3/4 cup):