Last night, I got an email. I can’t share ANYTHING about said email but I can say one thing; it’s a life changer. No pressure, right? Well, after I read this email, I (a) nearly threw up and (b) knew I wouldn’t be able to sleep. So, like most normal human beings, I decided “hey, I’ll make a dessert in my slow cooker!” I racked my brain and the interwebs for an idea, but none really popped out. Then, I peered over the mass of pots and pans in my sink and spotted the bag o’ apples I bought at Wegmans. 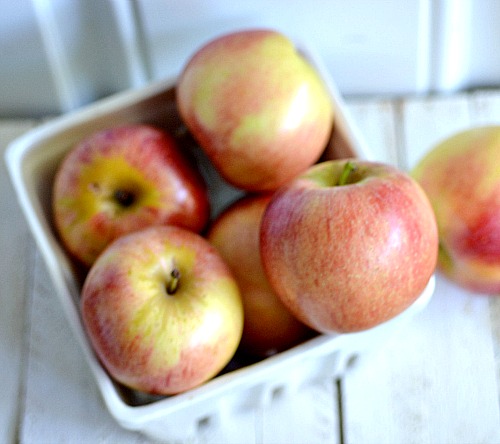 Then, my dusty wheels starting turning and it hit me like a sack of bricks (or apples, in this case). I’ll make a healthy crock pot apple crisp, but of course! 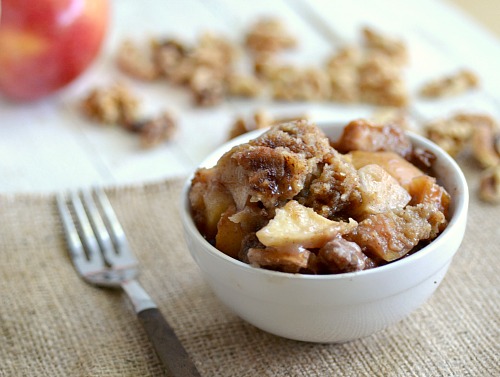 After 30 minutes of chopping, peeling, stirring, cutting and mixing, my healthy crock pot apple crisp was all snuggled and tucked into my fancy, schmancy absolutely amazing KitchenAid slow cooker. And I, who was still wired up, decided to do what any other normal person does when they can’t sleep, read Fifty Shades of Grey, part three. And within 20 minutes my eyelids were closing and I was finally able to drift to sleep with the HEAVENLY aroma of slow cooking apples wafting through my nostrils. 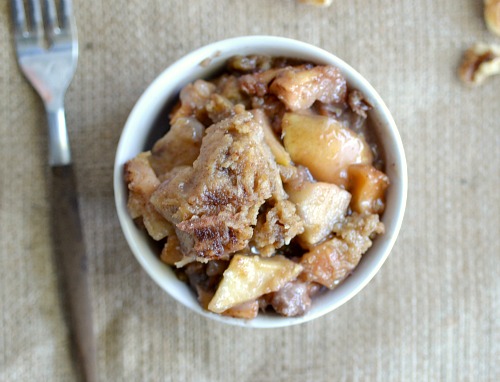 When I awoke, I was like a kid on Christmas morning. I hopped out of bed, sprinted for the kitchen and opened the lid of the slow cooker with ferver and excitement. The smell attacked my face and I nearly fell over. This stuff smells like the best fall morning you could EVER imagine. Applely, cinnamony and buttery. I stuck my fork into the melt-in-your-mouth crisp and nearly died of a massive food-gasm. When I say this is the best apple crisp you’ve ever eaten, well, I’m not lying. IT’S THE BEST DAMN APPLE CRISP YOU WILL EVER EAT. 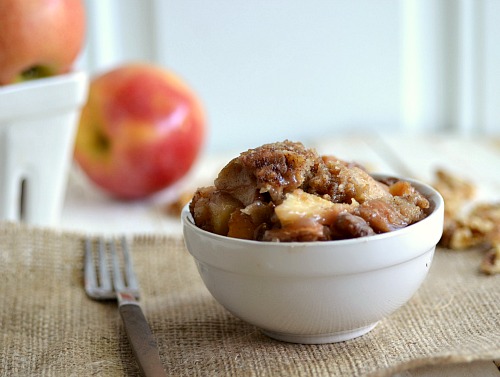 Oh, and it’s healthy! (I say somewhat bashfully). Most apple crisps use, oh you know, just a STICK of butter. I decided as much as I love butter, I love fitting into my regular pants more. So, I cut the butter in half and added 1 tablespoon of apple butter. It sounds crazy but it works. It just, works. Now, because of said email, I have things to do today that have my nerves acting all haywire. So, I’m going to chug a pot of coffee (which will only make them worse, I know) and do the damn thing. WISH ME LUCK! 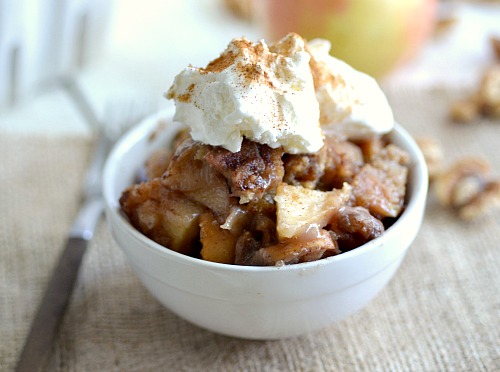 Nutritional information per serving (about 1/2 cup)