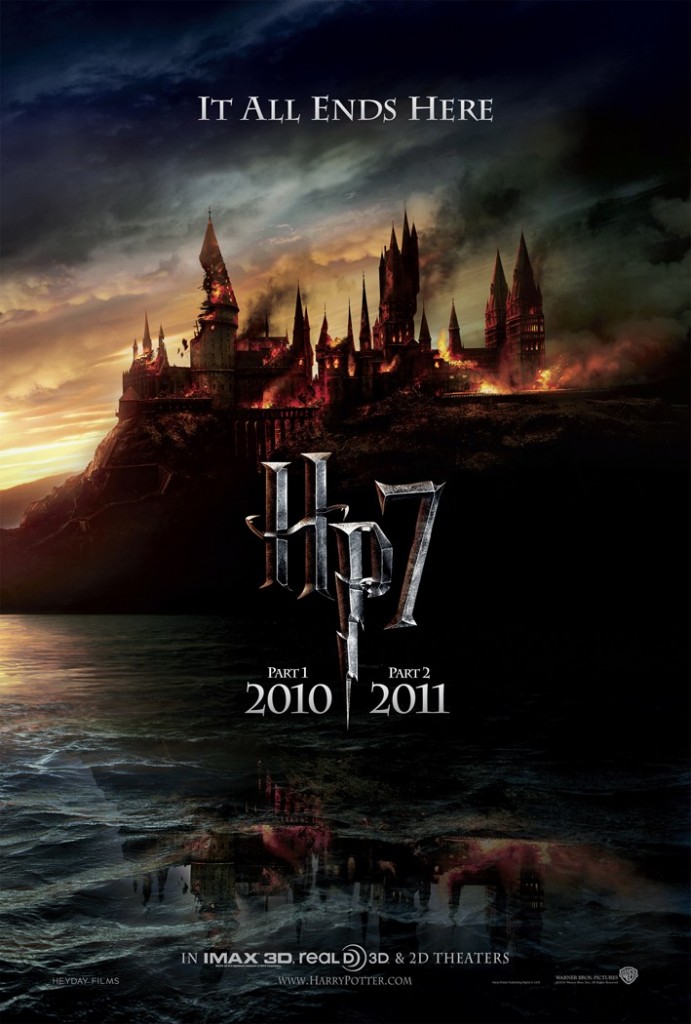 Mine was INCREDIBLE. On Friday, we saw HP7 part 2 which was fantastic. The only downfall? I was sitting next to a certifiable woman who would not SHUT THE F UP. At all. She literally would not stop talking to the screen and freaking out. “HARRY, NO DON’T DIE. NO NO. HARRY!” She clearly did not read the book. 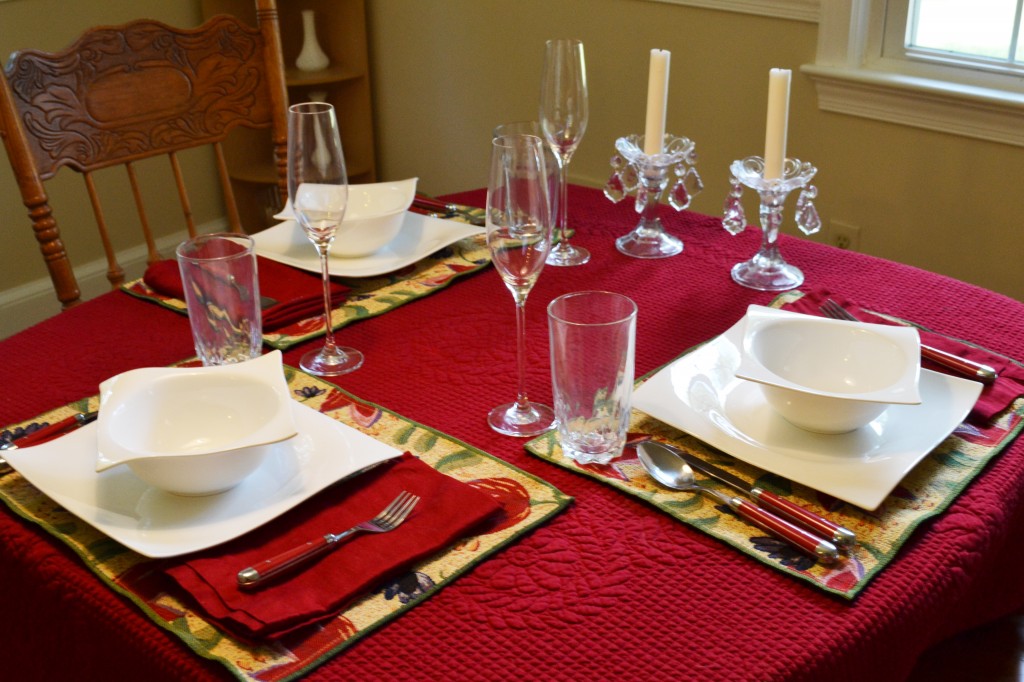 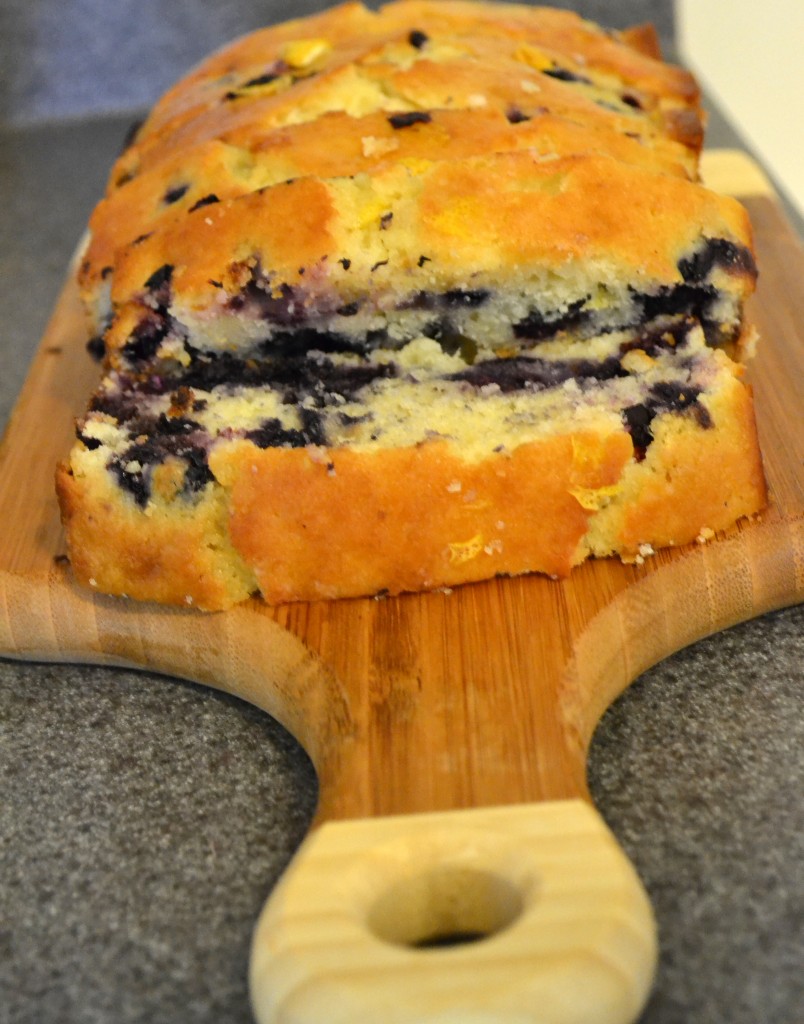 I didn’t get a picture of the french toast because as soon as it was out of the oven, it was gobbled up! After brunch, we went to get mani-pedi’s and do a bit of shopping! Like I anticipated, my mani is already chipped. I literally can not keep a manicure to save my life. I’m utterly shocked that my nails didn’t chip on my wedding! After shopping, E and I went to a comedy show, Dave Foley to be exact, at the Arlington Cinema and Drafthouse. 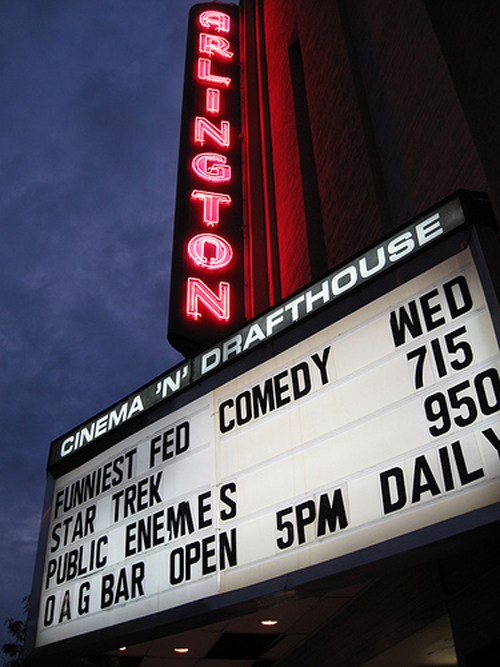 Confession time, I literally had no idea who Dave Foley was until I saw his picture. I’ve never seen Kids in the Hall or News Radio, despite E’s “yes you have, are you sure? You’ve seen it.” But a few minutes into his act, he mentioned Bugs Life and I had an a’ha moment. I knew his voice sounded familiar, he was Flick on A Bugs Life! I didn’t’ say that out loud though since I’m pretty sure I was the only one there who had never seen his actual shows. All in all, the show was hilarious. He was VERY crude, but it was still really funny. I’m absolutely in love with the guy who went before him, Andy Haynes. OMG. This guy was HILARIOUS. I was in tears laughing. You need to check out a show of his, you’ll die.

After the show, we grabbed some Subway and came home. I was so tired from the day’s festivities (and day drinking, which surely wipes you out) so I went straight to bed. I woke up to this face on Sunday morning. He loves to stick his face in mine and SNEEZE on me until I wake up. 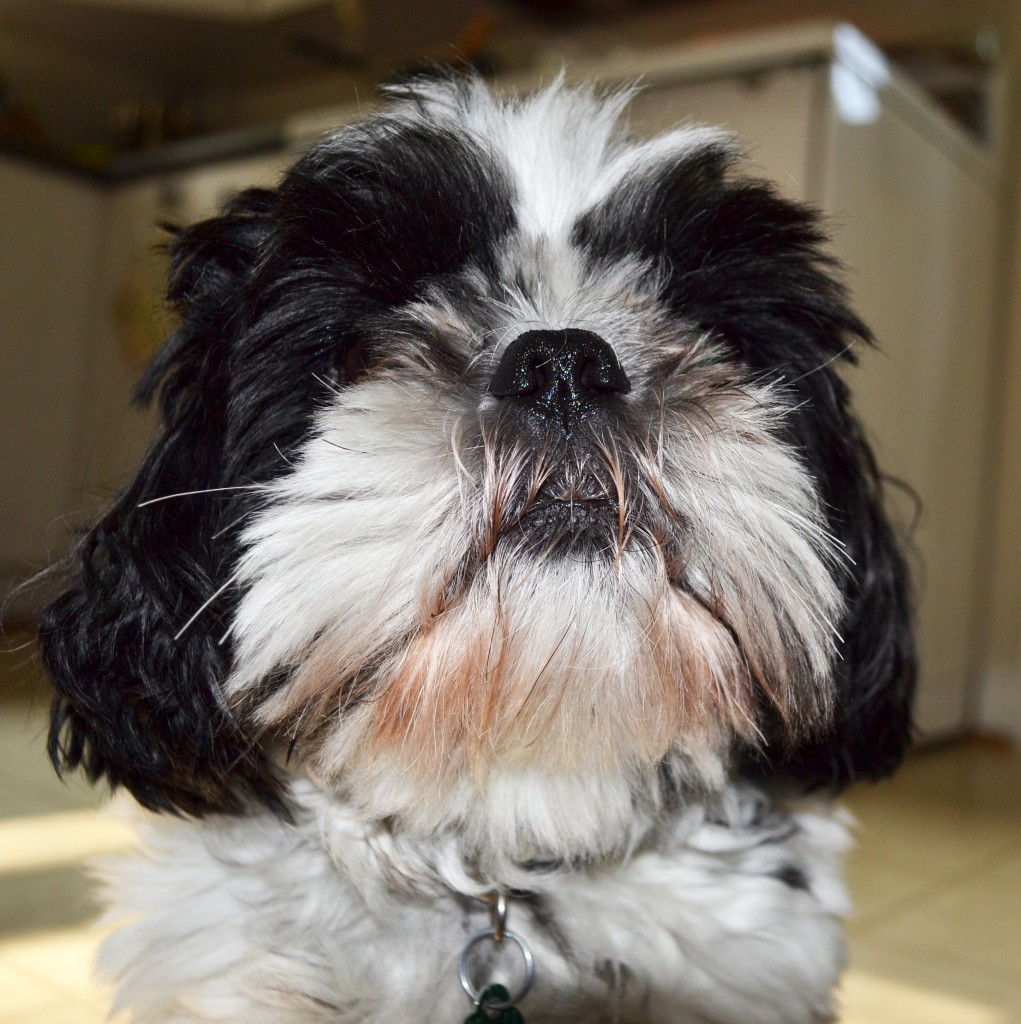 I know, he needs a DESPERATE hair cut. He’s getting one next week, don’t worry. Regardless of his shaggy appearance, he’s still my favorite model 🙂 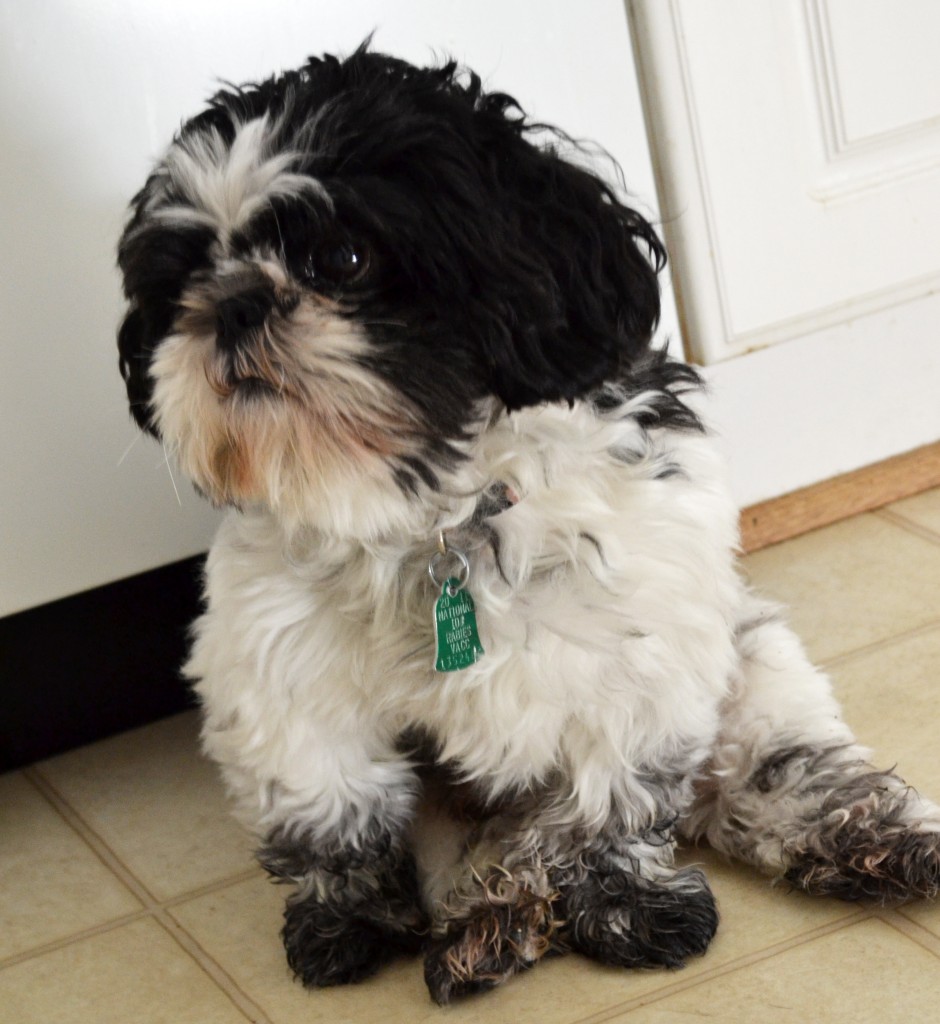 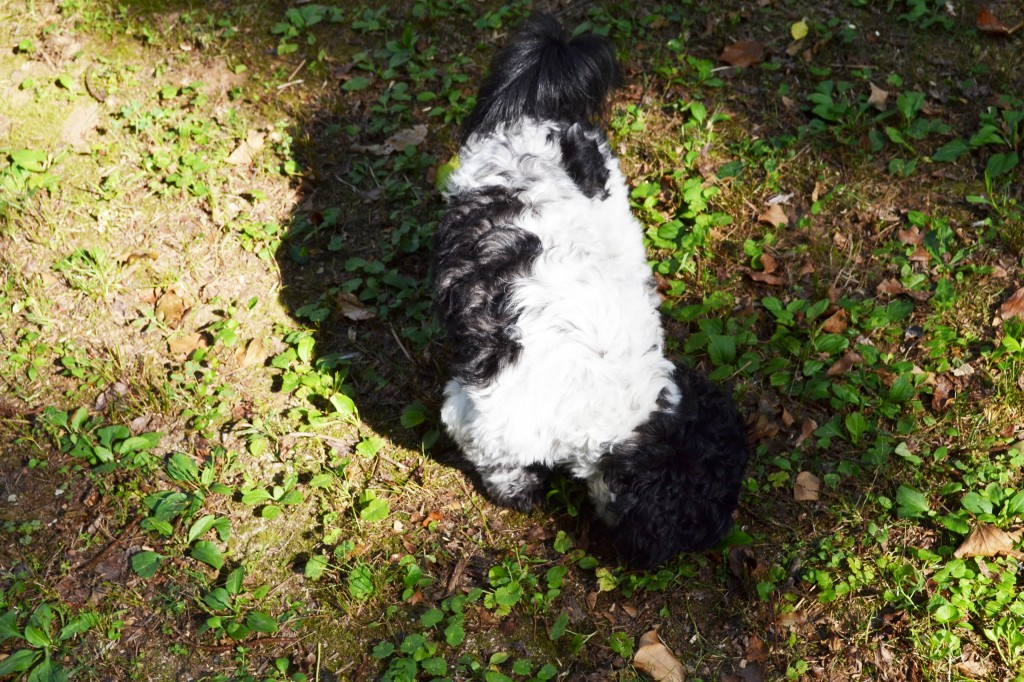 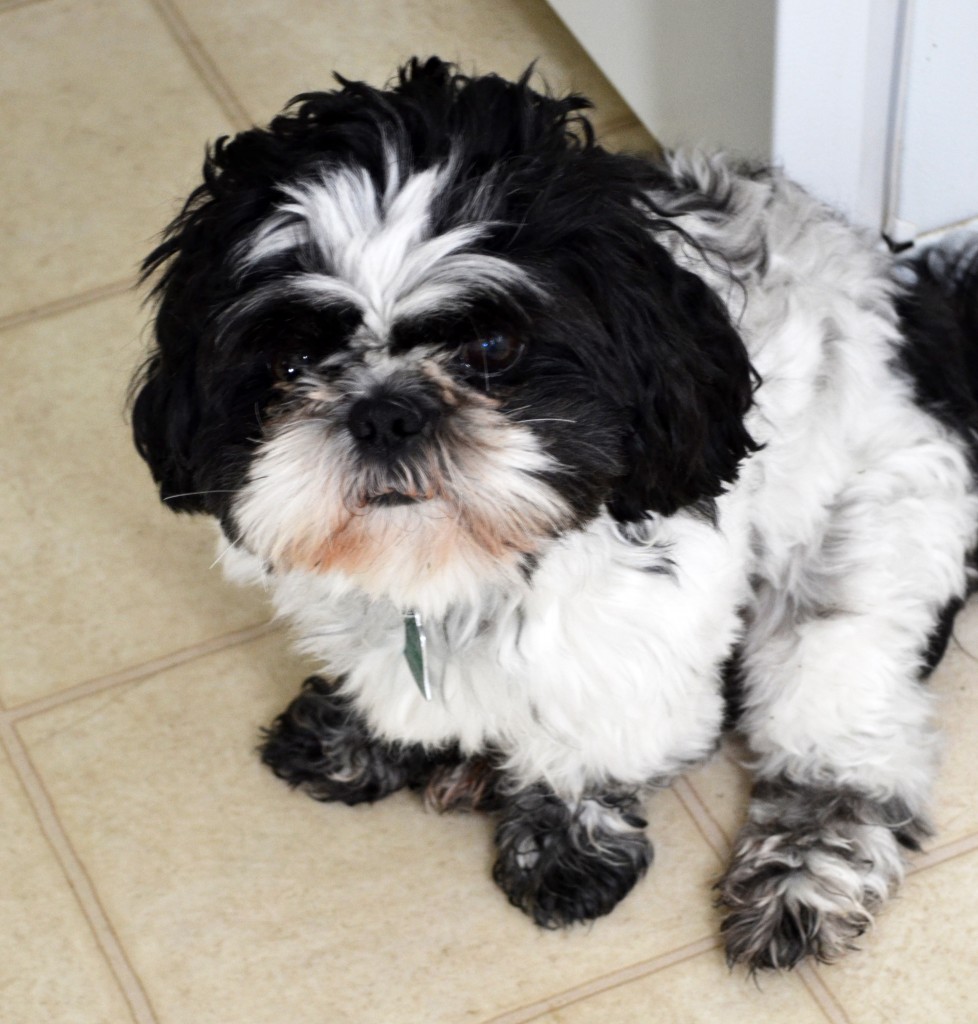 I know, he’s like the cutest thing ever.  After I had my Oscar photo shoot, I got E up and ready so we could go shopping for him (always a nightmare) and couch shopping! Let me give you a little preface as to why I was SO EXCITED to get a new couch. For starters, we have a lot of space now. Going from a one bedroom apartment to a 3 bedroom home means we need more furniture. Our living room needed a couch. Oh, and the couch we’ve had for 2+ years is evil, I’m sure of it. Meet our current couch, Old Blue Bertha.

Yeah, I know. It’s offensive. As soon as we moved to DC and inherited the couch, I bought a chocolate brown couch cover. Although it slightly improved the appearance of Old Bertha, it was CONSTANTLY falling off. So every 20 minutes I had to refit the cover to hide the blue pattern. I’ve been begging E for a new couch for about 2 years and I think he got tired of all the nagging because he agreed to buy one yesterday! Meet our dashing new couch. I haven’t found a name for him yet, but don’t worry, he’ll get one. 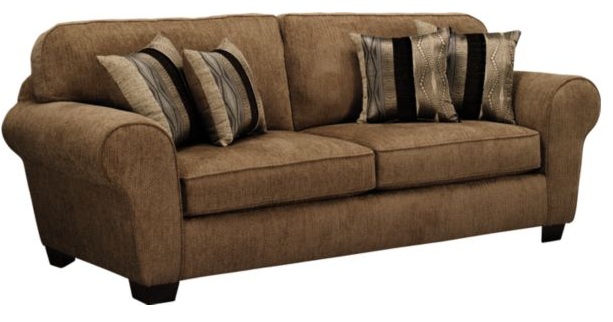 I love the modern shape & the color! The pillows are not my favorite, but I have some cute Vera Wang ones I got from the wedding. I think E is happier than I am because that means he has his man cave back. And he can play video games all day long and not be forced to watch Lifetime anymore.