This time of year is probably my least favorite. Not because of the weather, that I’m actually a fan of. I love bundling up in big, cozy sweaters, wearing ugg boots everywhere and snuggling under blankets in sub-zero temperatures. I hate early-mid January because you really don’t have much to look forward to anymore. The holidays are over and the next big one (where you get more than just one day off) isn’t until really until May. However, this time of year isn’t all bad, and there’s one reason for that. And that, my friends, is Downton Abbey. 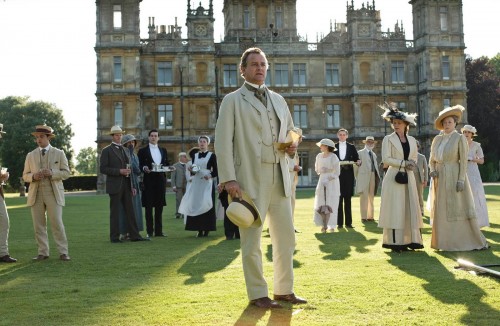 My amazing friend Carrie (of Bakeaholic Mama) decided to get a big group of fabulous bloggers together and throw a little dinner party for you guys to celebrate the return of one of the best shows EVER! Season 4 kicks off TONIGHT and to say I’m seething with excitement is an understatement. 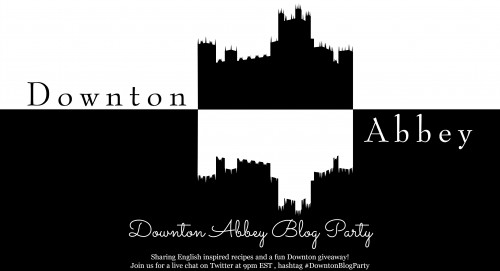 I got into this show one chilly weekend last January and binge-watched the entire first two seasons in one day. Without giving away any spoilers on season 3, it ended with a pretty big bang so I’m dying to watch season 4! So, to celebrate the new season, I made one of my favorite British recipes, yorkshire pudding! 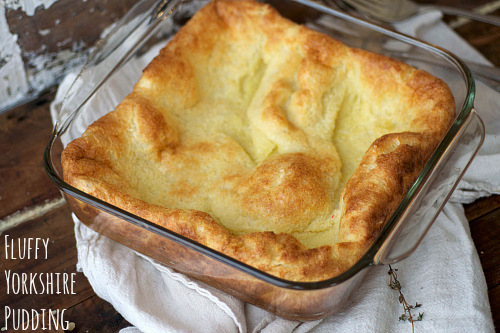 Ever had Yorkshire pudding? To be honest, I had no idea what it really was until I made it. I had an idea in my head that it was going to be this really thick, chunky, brownish figgy pudding that tasted like dirt. To my (happy) surprise, it’s actually like a fluffy oven pancake! Super soft, super puffy and so light, it’s actually nothing like a pudding and more like a bread. What makes it “Yorkshire Pudding” lies in one rather small ingredient. 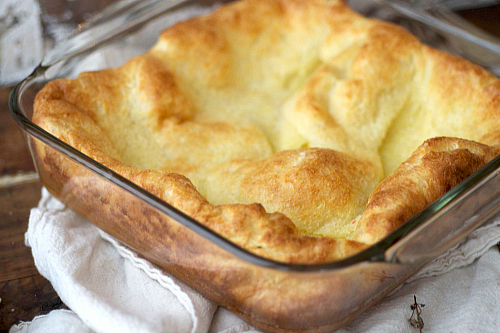 And that ingredient is roast drippings! Normally you pair this with a giant hunk of roast meat, like beef or pork, so you make the actual pudding with the leftover drippings in the pan. Now, I originally made this for a Downton Abbey menu for SheKnows.com, and prepared cornish game hens instead. So instead or having a beefy or porky flavor, this pudding was made with hen drippings.

I’m fully aware of how gross that sounds. But I promise, it doesn’t taste like “drippings”, I promise. It tastes like a savory popover you just want to eat until the entire pan is empty. Now get your pretty little butt up and make this before the show starts and release your inner Miss Padmore! 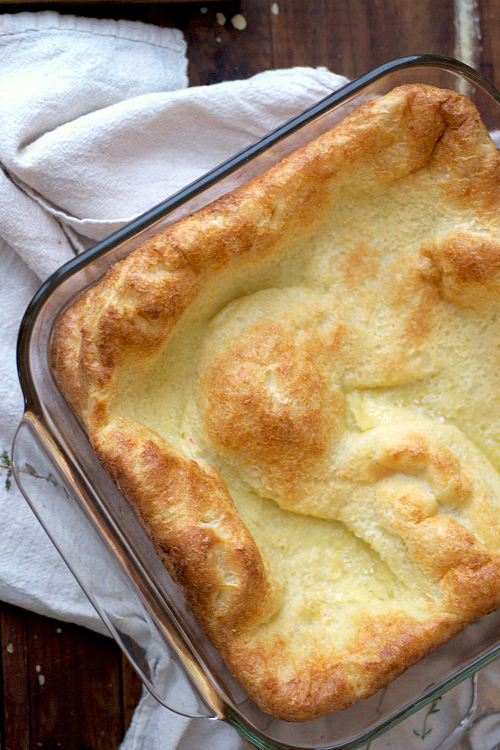 For the instructions on how to make this, grab the recipe here on SheKnows.com!

Now, for more fun! Carrie is giving away an amazing cookbook and mug! Simply enter to win below!

Be sure to check out these other amazing recipes below!