Oh my god Thanksgiving is 2 days away. The funny thing about this is I’ve already tackled 2 (12 pound) birds this month. Which means I’m about up to my eyeballs in turkey. That doesn’t mean I won’t entertain the idea of enjoying some more turkey come Thursday, but it’s not on my craving list. 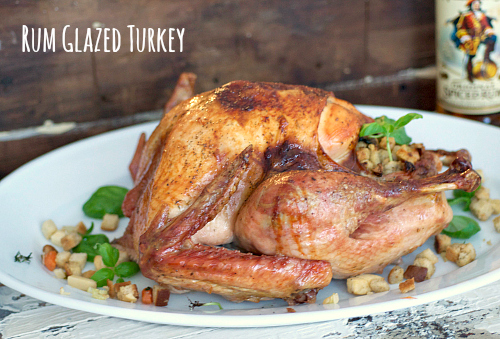 However, I’ll be honest, if I wasn’t a food writer or a blogger, I’d be sweating bullets with excitement over eating turkey. And if I was to host my own dinner, you better believe I’d be googling recipes up until 3am on Thursday trying to find the best one. Which, I’m sure, is what many of you guys are doing right now! Which is why I’m thrilled to share one of my favorite big-bird recipes, one glazed in a sweet and savory rum sauce! 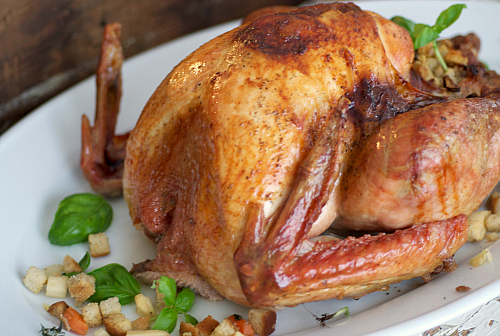 Now, I’d add rum to just about anything if I could, but the reason behind this is simple. I’m working with Captain Morgan (like I did last year) on a little recipe contest! I was drawn to this challenge for a few reasons. One, Hugh Acheson is judging and OMG I freakin’ love him. And two is that Captain Morgan will donate $1 to WhyHunger every time the hashtag #CaptainsTable is used across social media properties this holiday season. I love having the chance to be apart of such an incredible campaign. 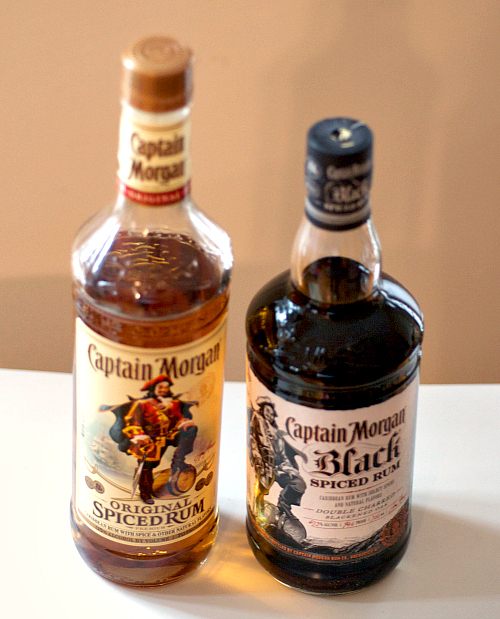 Now, our actual challenge is to create a recipe and a cocktail with Captain Morgan rum for the major holidays and events this season! I decided to go all in this challenge and make a turkey. Go big or go home, right?

I was a little worried with how this was going to turn out. I made a bourbon turkey last year and the skin never really browned because of the liquor. It had more burnt splotches and no golden color you crave in a turkey. To avoid that, I saved the rum glaze for after it was done and BOY was that smart. Not only did the bird have a beautiful golden brown color when it was done baking, but the glaze added just the right amount of sweet and spiciness. 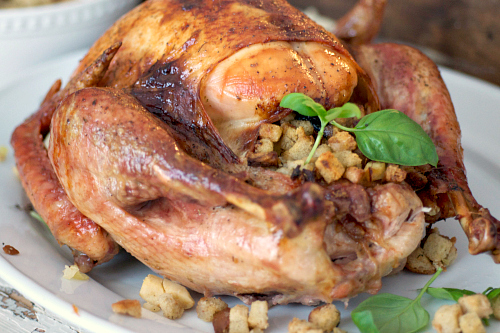 And don’t just take my word for it. Ask my friends who came over on Sunday and helped devour it! I love my job for many reasons, but the best part is getting to share the things I make with the people I love. Is there anything better than that? 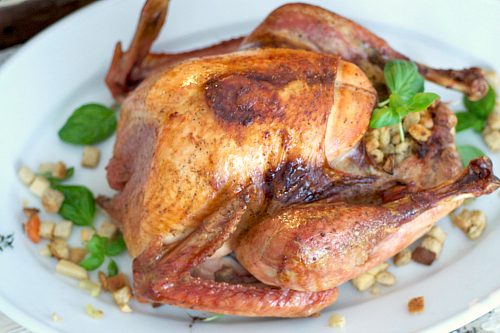 Nutritional information per serving (about 4 ounces with 1/4 cup stuffing):