I wish I had a more clever title than that, but I’m facing a bit of a head cold and all of the creativity in my brain is currently being suppressed by daytime cold medicine. But I’ll try my very best to be sassy, snarky and hilarious so you don’t feel the need to poke your eyeballs out of boredom or click that little x on the left hand corner of the screen. Let’s kick this off with a photo, mmk? 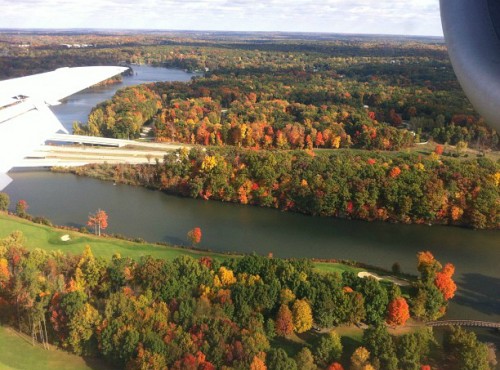 This lush landscape is what greeted me when I landed into Grand Rapids. That was 2 weeks ago, I can’t even fathom how gorgeous it is now that all the green is gone! I grew up in Cleveland (which is practically a stones throw from Michigan) and don’t ever remember going there. Weird. As soon as I landed, I was greeted by the prettiest little pregnant lady you ever did see (and one of the hostesses of TOM), Rachel (aka Rachel Cooks). 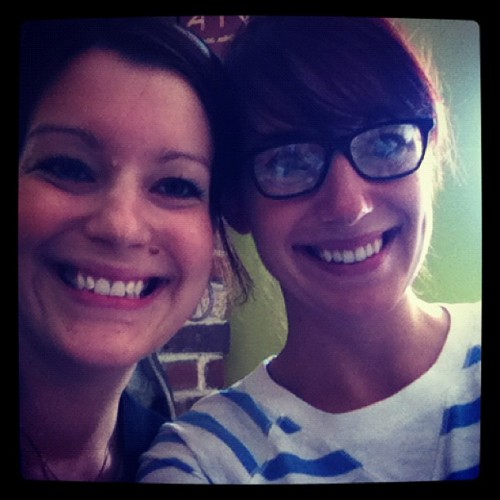 She agreed to pick me up from the airport and tote me back to my hotel before we had lunch. My hotel? Was SWANKKYY. I stayed at the JW Marriott in Downtown Grand Rapids and it was, honestly, one of the nicest urban hotels I’ve ever stayed in. The manager upgraded me to a super fancy concierge level sweet as well so this was my view. Y’all, if you are ever in Grand Rapids, STAY HERE. 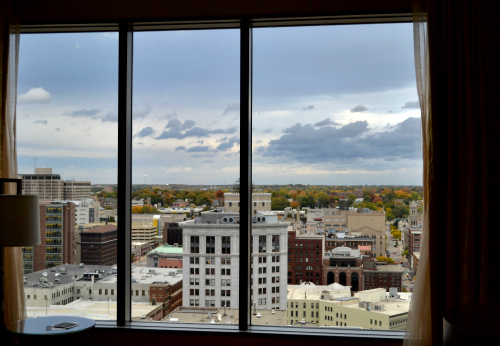 The view from the elevator banks: 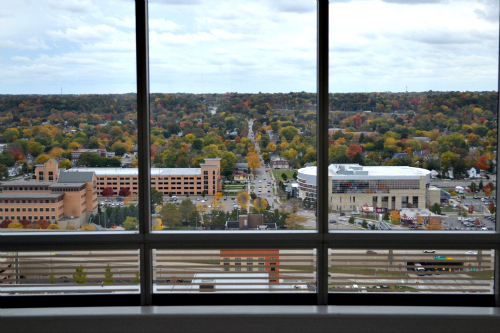 If you want photos of my actual room, be sure to check out my feed on instagram! As soon as I unpacked, Rachel and I (and her adorable mini-me) went to a pizza place to get some grub with Liz. After lunch, I took a little nap then went out to do some exploring on my own of Grand Rapids. I have to say, the city is cute. It’s a small town (compared to DC) and has such a cozy feel to it. Plus, I was there during ArtPrize, which is their annual art competition where artists from all over the country submit work in hopes to win a quarter of a million bucks! Plus, their work is displayed all over the city so it’s a great tourist attraction. 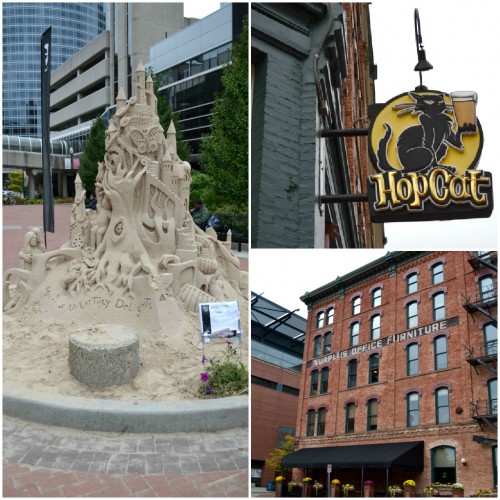 After some exploring, I stopped into the cutest little restaurant, Hop Cat. It turned out to be a brew pub (they make a few varieties of their own beer) and it was PACKED. I grabbed a seat at the bar, next to a cute local couple actually. We ended up talking for a few hours over some beers and great food. The vibe was really laid back. I felt like I was back in Portland. The service was good, the beer was good (I had a few good pumpkin brews) but the food was incredible. You can’t go wrong with bacon mac n’ cheese. 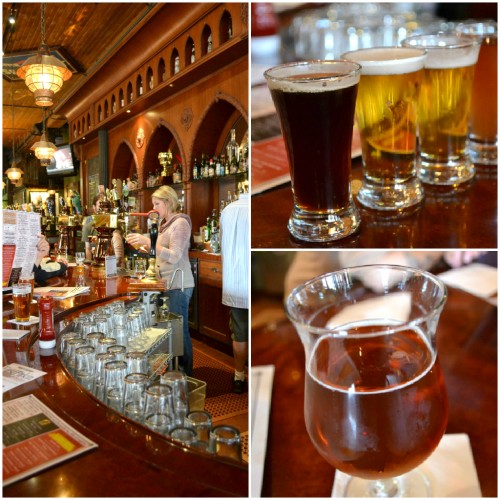 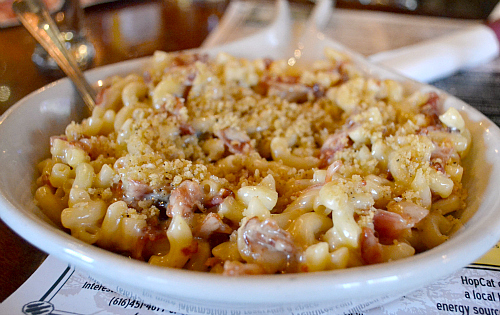 After dinner and a few drinks, I went back to my hotel and passed out. Only to be woken up by room service because the manager prepared a fondue tray for me! JW FOR THE WIN!

So, the actual event of Taste of Michigan was on Saturday. One of the reasons I was able to attend was because Beanilla sponsored me! I’ll be honest, I wish I knew more about the company that brought me, but I’m pretty obsessed with their products. They contributed whole vanilla beans and extract in our bags and I’m STOKED to bake with them. But the event itself was fun. The day started out at the market, cold and very rainy. I got some cider and walked around, plus was able to snag a whole bunch of fabulous mini squashes and pumpkins for a steal! 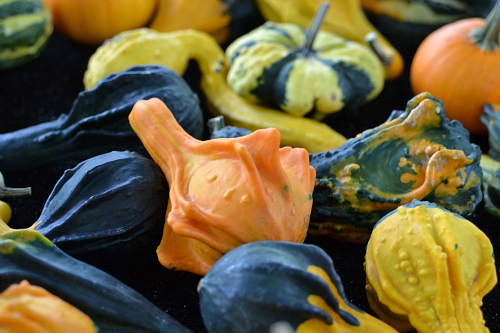 After that, we hit up a cute little shop (Art of the Table) where we could buy little knick knacks for food photos and stuff. It was a cool shop, but we definitely spent an hour in there sort of just standing around. After that, we had a few hours to kill so a few of us decided to explore the surrounding area. I have to say something here, there are A TON of cute boys in Grand Rapids. Like almost every boy I saw was real cute. So if you’re single, go there. You’ll meet a hottie. Case in point, the roaster at one of the local coffee places (Rowsters) we stopped in. 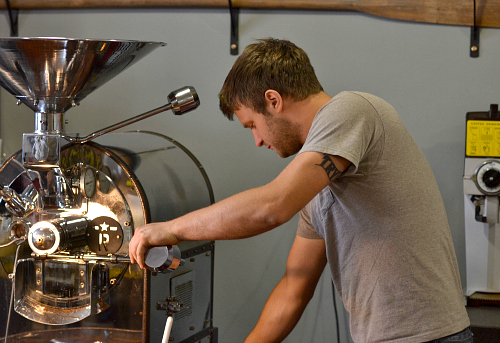 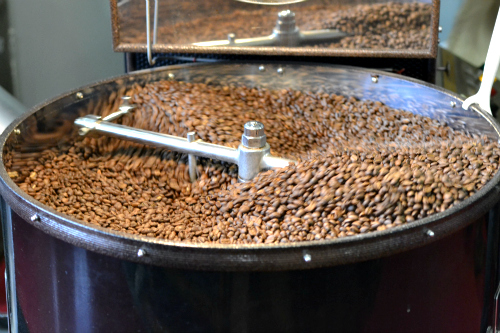 Ooooo mama. They roasted their own beans there too, which I thought was neat. My favorite place we went to while exploring had to be the church turned brew pub, Brewery Vivant. 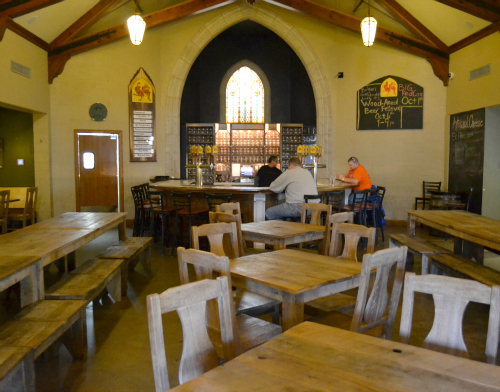 The beer was so-so but the place? Coolest bar I’ve ever been to! After that we went to lunch which was being hosted by a local restaurant, Bistro Bella Vita. This place was amazing. The food was top notch and we had an entire room to ourselves. Liz kicked off lunch with a demonstration of a food processor by Kitchen Aid and a little taste of some of her family’s homemade hummus. That stuff was amazing. Liz is pretty incredible, too! 🙂 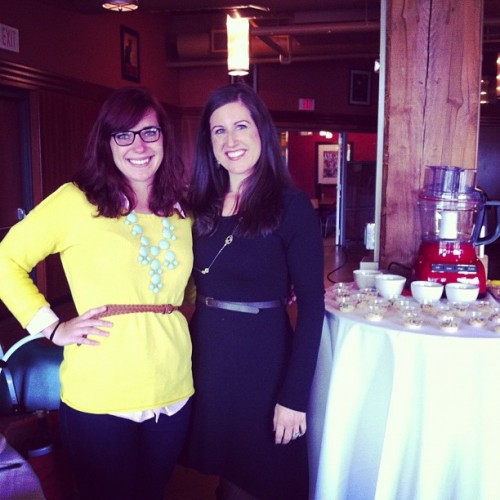 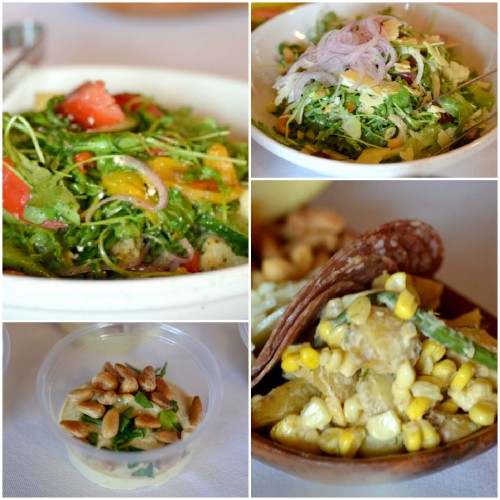 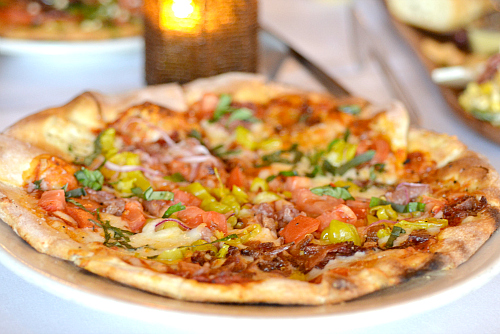 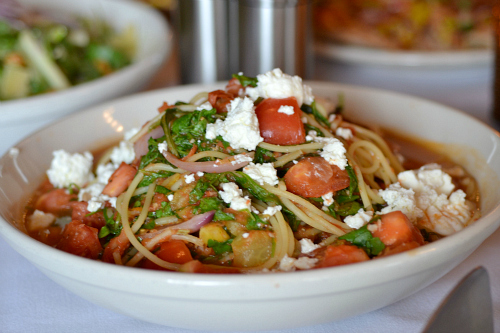 After lunch we skipped to Reserve Wine Bar, which apparently has the most wines on tap than any other restaurant in the US? It was really cute inside, very swanky and upscale. The GM/Sommelier wasn’t bad to look at either. (I wasn’t kidding when I said all the boys were cute). 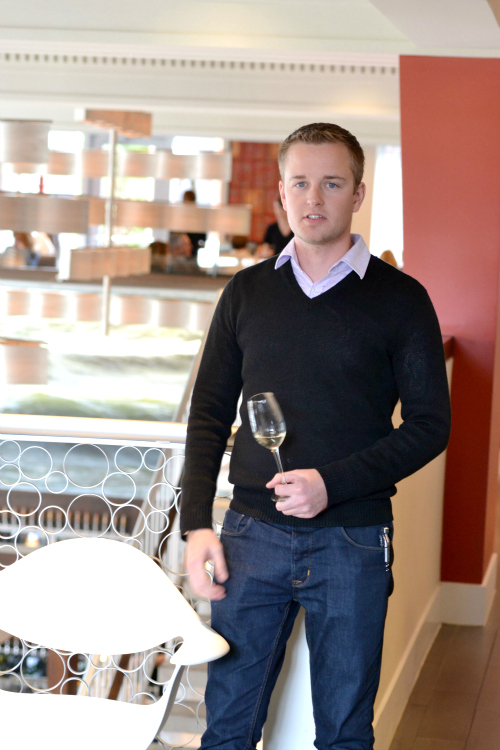 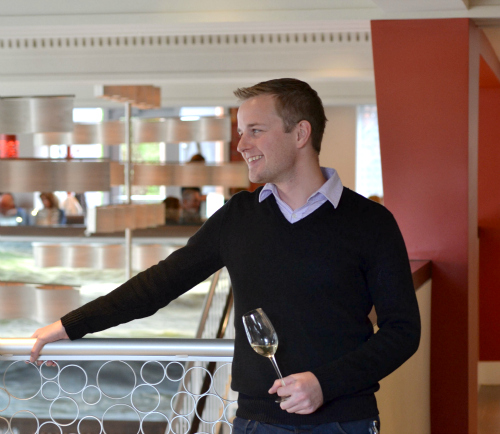 We had some bubbly and charcuterie there waiting for us, which was nice! The bubbly was…not for me. I ended up getting a HORRIBLE headache from it later. But the atmosphere was fabulous. This is a GREAT place to have a birthday dinner or lunch or even a bridal shower! 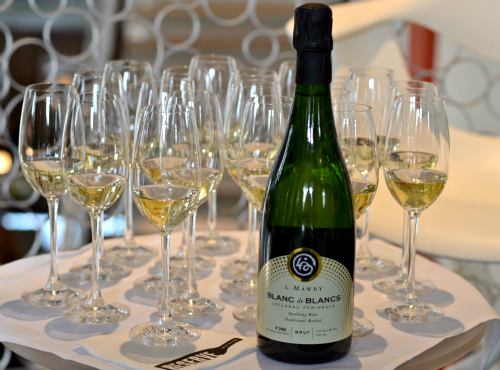 Then, shockingly, we ate more! We had dinner at Six One Six, the restaurant in the JW. It was amazing. I didn’t get any photos because it was way dark but I did snag a photo of me and my new favorite person ever in the world, Ashley (aka, Baker by Nature). 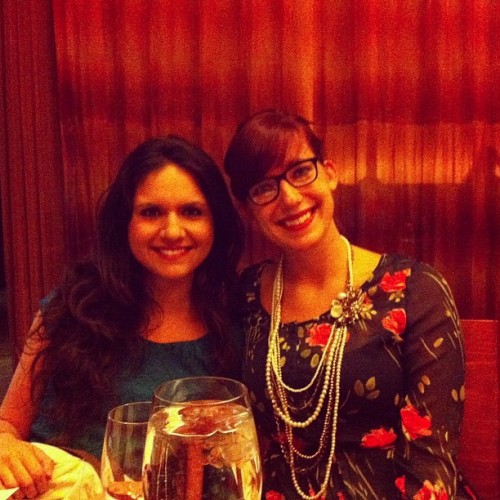 Have you ever met someone you just click with? That’s totally how it was with this girl. We were on the same wave lengths all day and it was just fabulous to have someone you can can really connect with and talk with! It was honestly like we knew each-other for years. Definitely planning a trip to the Big Apple to see her soon!

All in all, I think the event was amazing. We got some SERIOUS swag (which is still not unpacked, oh god don’t judge me) and got to hang out on a smaller scale with some fellow food bloggers. There were about 98% Michigan local bloggers there but I totally think Rachel and Liz should market this more to out of state people like me! It was SO cool seeing the state and getting to taste a part of the country I hadn’t been to (well, state I should say). Good job ladies, you did good 🙂