This luscious banana nut smoothie is the perfect healthy, protein-packed and delicious breakfast for when you’re on-the-go! Plus, it’s a drink that tastes like banana bread, what’s better? 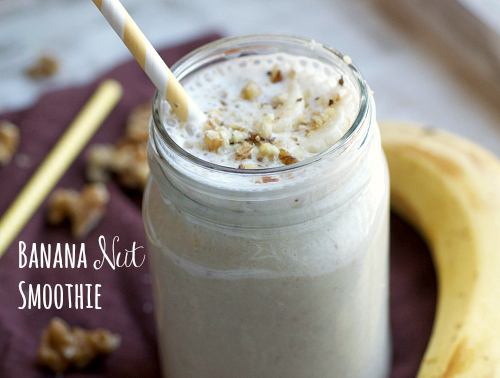 Eat. Sleep. Cookbook. Repeat. That’s my life until October 7th. I’m REALLY feeling good about the recipes and I’m almost done whipping them up. But you see, the cooking is the easy part. The hard part? Writing it. Which really shouldn’t be so hard since I’m, ya know, a writer. But it is. This isn’t just another blog post that I can quickly go in and edit. My words are going to be immortalized, written in stone, stamped to my forehead for the rest of eternity. If you think “shoot, I sound really stupid in that intro” you can’t just go in and change in when you’re feeling dashing. You can’t change anything. 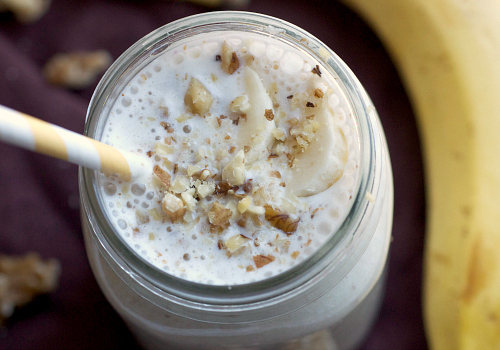 Sure puts a lot of pressure on a few words, wouldn’t you say? And I know, I have less than 2 weeks to make sense of it all. But I’ve always been a “crunchtime” person. In college, the papers I waited until the last possible second to write were always my best. The poems I wrote when feeling the most vulnerable and terrified were always the most raw, intense, truly incredible. It’s not that I don’t think I can get it done, it’s just…well, “holyshitthisismycookbookithastobeperfect.” 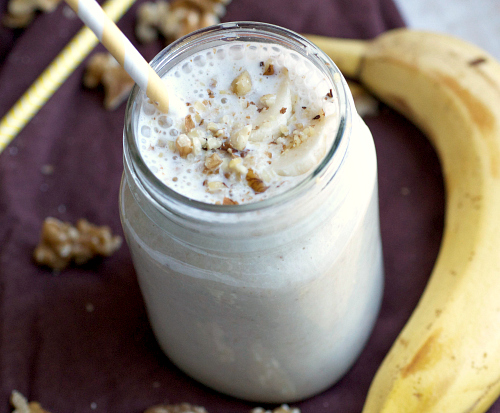 Don’t worry, that won’t be in the book. But heavens do I wish this banana nut smoothie was going to be. I’m too late in the game to make revisions, but I WISH I had made this one before. So creamy, so luscious, so protein and antioxidant packed, this is the world’s most powerful (and absolutely delicious) smoothie. I promise you that. If you’re worried about the carbs or fat, don’t be. You won’t be hungry until dinner after this (trust me).

Now, if you’ll excuse me, I have 6 recipes to make, photograph and write about. If you could be so kind as to shoot a coffee IV my way, that’d be fabulous. 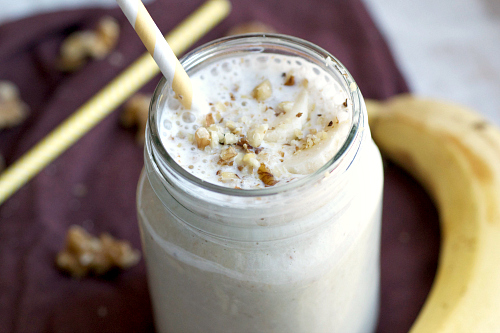